The term „Gulag“ was originally a shortened name of a Russian organization „Glavnoje upravlenje lagerej“ (Main Camp Administration), that ,between the years 1930 – 1960, administrated a giant complex of work, transit, felon and children camps. In a figurative sense, it became a synonym of all the prison system on the territory of the Union of Soviet Socialist Republics (USSR).

The entry of the Red Army into central Europe in autumn of 1944 did not just mean liberation from the German occupation. With it also came a wave of mass arrests and deportations into soviet work camps. When the battlefront moved into our (Slovak) territory (6 October 1944), the authorities of the political police of the USSR started arresting and deporting citizens into work camps. Similarly, Russian emigrants and their relatives were also forcibly abducted from Czechoslovakia.

It is not known who gave the order to the security authorities of the USSR to start deporting and what its content was. The act of arresting and deporting itself was performed by the authorities of NKVD („Narodnyj kommisariat vnutrennych del“– national interior commissariat) without the participation of Czechoslovak authorities, even though the agreement concerning the relations between the Czech management and soviet high command after the entry of the soviet armies into Czechoslovakia reached on 8 May 1944 in London, established the Czechoslovak government and its executive and juridical branches as the only authority regarding the fate of the Czechoslovak citizens. In practice however, things were different. NKVD decided on its own, what happened to each „liberated“ Slovak citizen, i.e. who will not be deported and who will be dragged to do slave labour to GUPVI camps (main administration for matters regarding war captives and the interned – Glavnoje upravlenje po delam vojennoplennych i internovannych).

The aforementioned deportations affected mainly citizens of eastern and southern Slovakia. Apart from the Slovaks it also concerned citizens of Hungarian, Russyn and German nationalities that could, according to the soviet secret police jeopardize the rise of the communist regime. The first arrested group consisted mainly of the self-employed and wealthier farmers. These were officially summoned for an interrogation or interpretation, however subsequently they ended up it Gulags. The second group of abducted consisted of ordinary farmers, workers and public employees. This applied also to citizens of German and Hungarian nationality, which were to take the blame for Hungarian and German fascism, employees of the state apparatus during the first Czechoslovak republic or the soldiers of the Slovak army.

The reason for abductions which were not hidden at all was often also „malenkij robot“ – which in practice was a desperate lack of workforce in the USSR and the need to replenish it also by this form. Therefore it was not uncommon to see random arrests – if some person designated to be transported died or escaped, he/she was replaced by someone else – e.g. someone coming home from work. To get an idea: from three small villages, Vyšný Blh, Nižný Blh and Uzovská Panica there was over 150 men and women which were abducted. Vladímír Lehotai remembers, „If one does not comply, he will be shot. The same fate will meet his family“.

Most of the citizens abducted into the Soviet Union carried out mining, forestry or construction work in Donbas, Caucasus and Siberia. The mortality rate in GUPVI camps was enormous, however, many of the abducted died during the transport due to hypothermia from the unheated train carriages. The conditions in the camps themselves were cruel, downright inhumane. During the winter, the prisoners were exposed to harsh cold; during the summer to unbearable heat instead. The women were also faced with sexual violence from the wardens. Many prisoners died due to work injuries or exhaustion.

Many prisoners died due to work injuries or exhaustion. 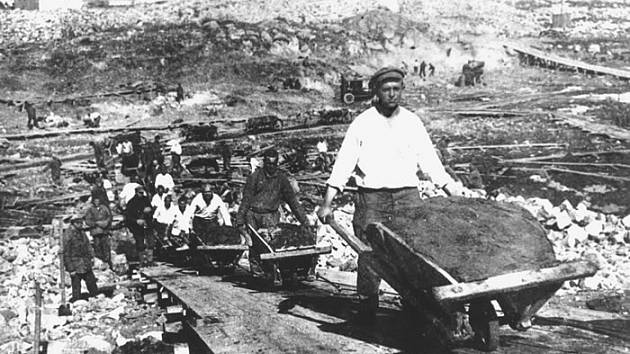 The families of the abducted citizens were turning to the Department of Foreign Relations with a plea to help searching for the missing relatives as soon as summer 1945. The efforts of the Czechoslovak government for their repatriation however, were in vain as it encountered obstructions and total ignorance from the soviet side.

The first part of the deported, mainly women and disabled people, who could not carry out their work effectively were released in 1947 and 1948. Another group was made up of the release due to the general amnesty after the death of Stalin (March 1953). The last, sporadic, repatriations took place in 1955. These were only small groups of two or three or individuals. However, even after the return to their homeland the abductees were looked upon as criminals and enemies of the communist regime. Some were imprisoned, others were monitored by the Secret State Police (StB) and their children were prohibited from studying and any form or career growth.

Complete rehabilitation for the abductees was carried out only after 1989. However, the lives that faded out and the years wasted in the soviet camps can certainly never be compensated.