Forced labour camps became a form of mass out-of-court persecution of those, who did not commit any crimes according to the laws valid at the time.

Forced labour camps became a form of mass out-of-court persecution of those, who did not commit any crimes according to the laws valid at the time. People who were entered were oftentimes only suspected from hostile attitude towards the new regime, with no court decision to speak of. Labour became a means to re-education of people, who were „endangering people´s democratic regime and economic lifestyle“.

The decision about who and for what length was to be entered fell under the competences of three-person committees at the regional national committees, later at the county national committees. The guidelines for these committees included the following categories classifies into FLCs: zahálač (loiterer) – remnants of capitalists, private entrepreneurs, industrial tycoons and kulaks (moderately wealthy and wealthy farmers); rozvratníci (subversives) – these were evaluated by class determiners such as pamphlets, theatre plays, sermons in a church, spreading of alarming news, propaganda against nationalization etc.; hospodársky rozvratníci (economic subversives) and so-called helpers – those who aided the aforementioned in their action. Apart from the mentioned groups, members of the clergy were also found in FLCs, before they were transferred into „discipline monasteries“ in Močenok and Báč.

Labour became a means to re-education of people, who were „endangering people´s democratic regime and economic lifestyle“. 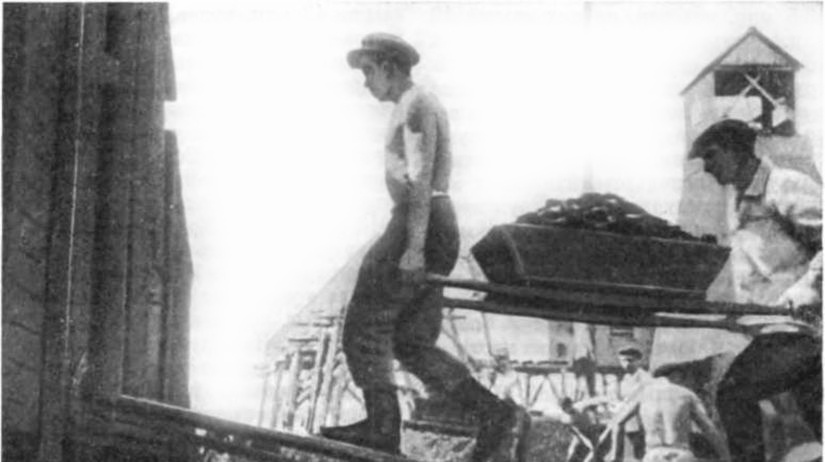 There were 6 FLCs in Slovakia: Ústie nad Oravou, Hronec, Ilava, Trenčín, Nováky and Ruskov. However, in October 1951 the only active FLC in Slovakia was in Ruskov; on 15th May 1953 it was shut down as well. Some camps (e.g. in Trenčín) were shut down due to the needs of uranium mines in Jáchymov in western Bohemia. The FLCs situated in Slovakia were directed by the commission of the interior and later the Department of National Security (from August 1950).

The FLC Mírov (specifically for prisoners) was often even called „republic within a republic“ for its particular regime. In some reports we can read about the strictest of measures. The doctor was one of the prisoners (a former SS member). For Mírov, it was not uncommon for epidemics to break out. However, the commander of the camp was not particularly concerned about such matters. He proclaimed: „The prisoners should have been treated while they were free and now, it they want, let them live, if not, let them die“. M. Pich-Tůma said, during him giving instructions to the workers of FLC Mírov, a memorable sentence: „It would be best to load the prisoners into a car, drive them to the border, shoot them there and that would be problem solved“.

By 31 October 1948, in Slovakia, 1 268 people were classified in labour camps. In the beginning of 1949 there were, after significant reduction, still 3 FLCs in Nováky, Ilava and Ústie nad Oravou. The sorting commissions of County National Committees were required to submit every camp to county secretariat of the Communist Party of Slovakia. Law No. 247/1948 regarding the FLCs was cancelled by Criminal Law No. 88/1950 on 1 August 1950. Simultaneously, the activity of commissions established by the Law No. 247/1948. The FLCs were given a new name – temporary correction facility – and the victims became prisoners.

Classification into FLCs was running parallel to political trials as a specific kind of out-of-court persecution of the citizens by the communist regime, which deeply affected their life destiny.