VICTIMS OF THE 1968 OCCUPATION

VICTIMS OF THE 1968 OCCUPATION

The year 1968 inscribed itself in the history of communist Czechoslovakia by an attempt to establish „socialism with a human face“ which in practice meant an effort to democratize the communist system.

The year 1968 inscribed itself in the history of communist Czechoslovakia by an attempt to establish „socialism with a human face“ which in practice meant an effort to democratize the communist system. From the point of appointment of Alexander Dubček as the 1st Secretary of the Central Committee of the Communist Party of Czechoslovakia, there were noticeable democratization tendencies. These steps also had support from the population, whose expectations were growing. At the same time however, there was the pressure from the Soviet Union and its allies within the Warsaw Pact. During the meetings and negotiations between the leaders of the Warsaw Pact countries throughout 1968, the Soviets warned Czechoslovak representatives to change the line of internal politics. Since the Czechoslovak leadership did not comply, the Soviets decided to reverse the development by military intervention.

The occupation began in the morning of 21 August 1968. Apart from the Soviet Union, soldiers from Hungary, Bulgaria, and Poland also participated in the occupation. Armies of GDR did not cross Czechoslovak borders, although they did participate politically and propagandistically. The Soviets managed to secure an „invitation letter“ signed by some of the more dogmatic Czechoslovak communists. They requested help against a „contra-revolution“ from „the brotherly socialist states“. However, the leadership of the KSČ unmasked the operation as a military occupation and a violation of international law within the first hours of the invasion, by giving a statement in the national broadcast.

Although the possibility of armed resistance was rejected by the communist leadership, it was commonplace for unarmed people to spontaneously stand in the way of soviet tanks. According to the newest research, at least 108 people, 37 in Slovakia, died as a result of the Occupation of Czechoslovakia to December 1968, with hundreds more severely wounded. The occupation halted the process of democratization and started the so-called normalization, which abolished all benefits of „socialism with a human face“.

Before the Invasion itself, there was an attempt to position soviet units in Czechoslovakia. During the military training „Šumava“ there were efforts to halt the transfer of soviet units from Czechoslovakia. In the days before the invasion, during a negotiation between countries of the Warsaw Pact, it was stated that the Czechoslovak side does not fulfill the agreement about the resistance against anti-socialist forces. Therefore, on the 17 August 1968, the soviet leadership agreed to carry out „Operation Dunaj“ – military invasion of Czechoslovakia. At 9pm on the 20 August, in collaboration with the state forces and Secret State Police, the first military airplanes of the soviet occupation army started to land on Ruzyně airport in Prague. In the first days of the operation, the soviet army deployed 20 divisions (6 of them tank, 2 parachute and 12 moto-rifle). In total, the invading armies deployed 6 300 tanks and armed transporters, 2 000 cannons and 950 airplanes. The Soviets captured and controlled the headquarters of the Communist Party, the most crucial departments of state and the army general staff. The leadership of the Czechoslovak army realized the futility of armed resistance and gave an order not to fight. The „Warsaw five“ armies had even more unites ready to deploy should the need arise.

The leadership of the Czechoslovak army realized the futility of armed resistance and gave an order not to fight.

The „Warsaw five“ armies had even more unites ready to deploy should the need arise. 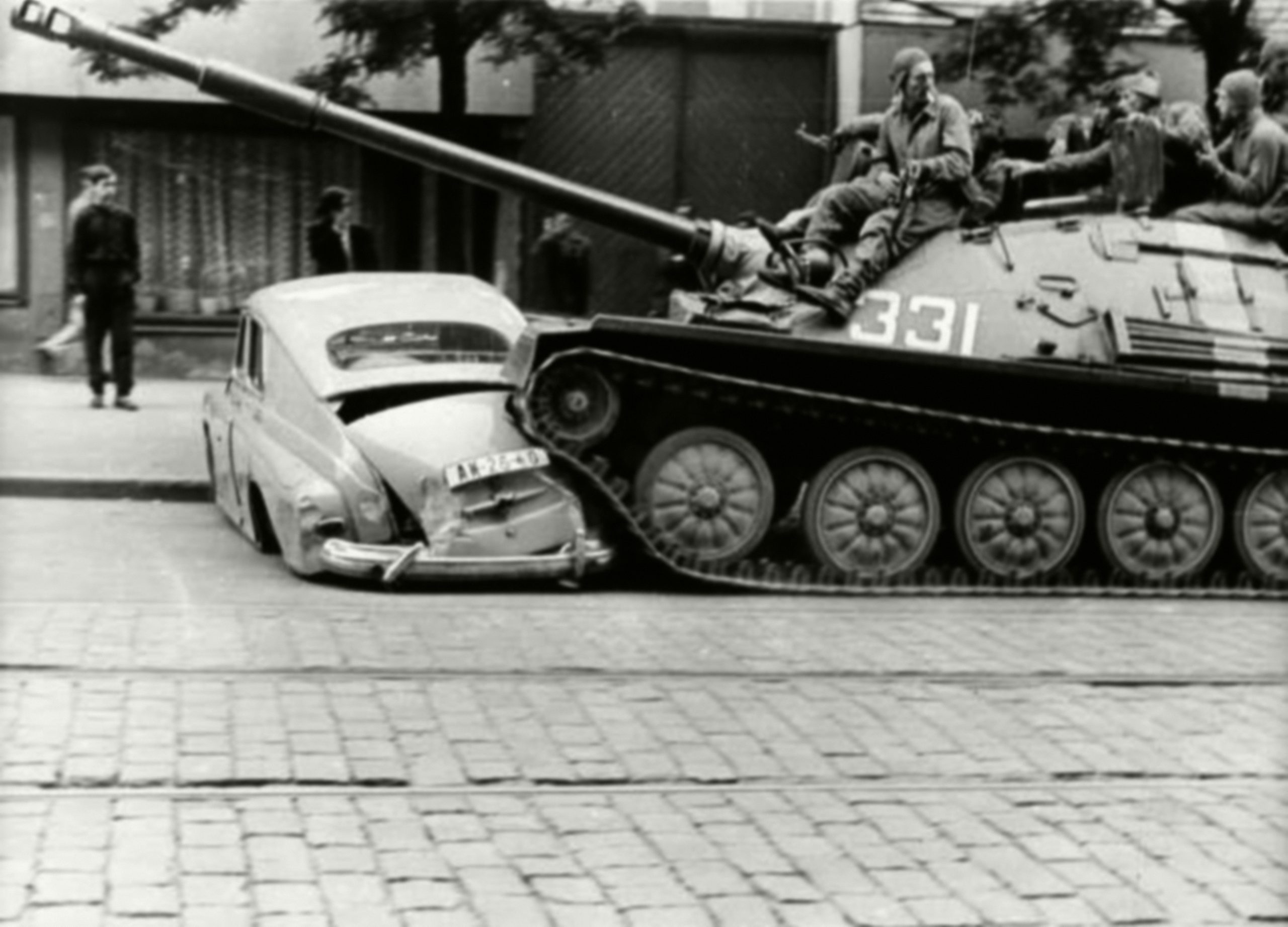 One of the strongest arguments for being peaceful and rational was the hope for quick retreat of the armies. According to an agreement, the Hungarian, Bulgarian and Polish forces retreated back. The stay of soviet soldiers was however adjusted by the „Agreement between the government of the Czechoslovak Socialist Republic and the government of the Union of Soviet Socialist Republics on the conditions of temporary stay of soviet soldiers on the territory of Czechoslovakia“. After a short debate, it was approved by 228 members of parliament; 4 were against, 10 abstained from the vote. According to the agreement, the soldiers and their relatives were to uphold the laws of the CSR.

Although indirectly, the Agreement on the friendship, cooperation and mutual help between CSR and USSR also related to the stay of soviet soldiers. It was ceremonially signed on 5 May 1970 in the Prague Castle by Gustáv Husák, Ľubomír Štrougal, Leonid Brezhnev and Alexei Kosygin and became the outward proof of normalization of relations between CSR and USSR.

During the period from 1 January 1969 to 21 June 1991 at least 267 Czechs and Slovaks lost their lives due to the consequences of the occupation, with thousands more hurt in accidents. Every year, the soviet soldiers committed tens of rapes.