REFUGEES OVER THE BORDERS – IRON CURTAIN

REFUGEES OVER THE BORDERS – IRON CURTAIN

After WWII, the Czechoslovak republic fell under the sphere of influence of the Soviet Union. Closing of borders with Austria and Federal Republic of Germany (West Germany) and guarding them by force from the Czechoslovak side throughout the reign of communism became a part of the Division of Europe. Gradually, from 1949 onwards, the communist regime built up a system of technical and military measures between Czechoslovak Socialist Republic on one side and Germany and Austria on the other. These served to forcibly prevent the opponents of the regime to escape and enemies of the regime to enter.

The communist regime established armed military units – Border Guard – to ensure a strict defence of the border. These had the right to detain the refugees, even with use of firearms. There were several sapper obstacles installed by the regime on the border zone such as guard towers, live barbed-wire barriers, mine-fields and attack dogs. To illegally cross the border was considered a crime and the refugee was designated as a „violator“ or an „intruder“. The Border Guard oftentimes forcibly detained or murdered the refugees, not only on the Czechoslovak side but also beyond the border line in Austria or FRG. The number of members of the Border Guard increased steadily between 1950 and mid-1960s; during the so-called normalization it reached approximately 16 000. Between the years 1948 – 1989, 280 people were murdered on the Czechoslovak part of the Iron Curtain, 49 of which on the Slovak part.

The effects of violent activity when serving with the Border Guard was predominantly felt on the soldiers serving their mandatory military service, who were only 18 – 20 years old. They often committed suicide or were killed on the border barriers. There were over 650 of such tragic deaths from the ranks of the Border Guard and Military Intelligence.

The Iron Curtain in Czechoslovakia fell after November 1989 and was dismantled by the Border Guards themselves. 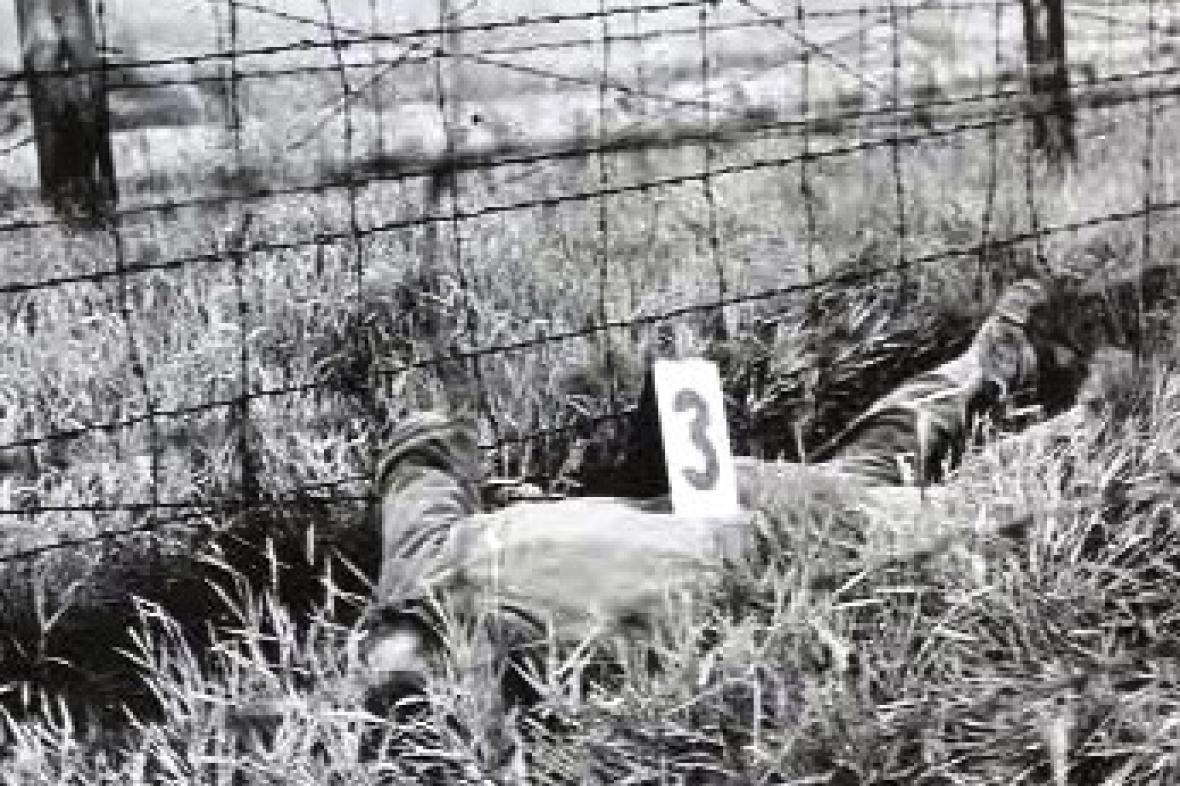 There are known cases of successful crossing of the border, such as the transit of theologians and priests by a Salesian Titus Zeman in 1950, but also those that ended in tragic deaths after an attack and shooting of the Border Guard, such as the attempted escape of Milan Dlubač and Ondrej Brejka in 1980, or the death of Hartmut Tautz from the GDR, who was mortally wounded by attack dogs on the border between Austria and Bratislava in 1986. No one, in Slovakia, was yet punished for the crimes committed near the Iron Curtain.

Crimes against humanity on the Czechoslovak border

The Nation´s Memory Institute has documented, in detail, murders of 42 people that attempted to cross the Slovak section of the border to the West in the years 1948-1989. The civilians trying to leave the domain of the communist regime, where fundamental human rights and freedoms were being broken, to enter a territory with democracy were either murdered by shooting, electrical current in the live-wire barricade, exploded by mines, murdered in their cars, shot down (planes), torn apart by attack dogs or fell victims to other intervention by the members of the National Security Corps or the Border Guards.

The unauthorized crossing of the border was classified as a crime until 1989. From 1976, this classification was in direct contradiction to Article 12 of the 3rd part of the International Covenant on Civil and Political Rights, which was legally binding for ČSSR.

Smuggling and illegal escapes from Czechoslovakia

From 1948 to 1953, there was a large-scale smuggling and courier operation carried out on the Slovak-Austrian section of the border, ran by illegal groups. The organizers of the smugglers and couriers were – the White Legion group under the leadership of Jozef Vicen with both domestic and foreign background, underground catholic movement, others illegal movements and groups, the Jewish community and several smuggling groups. The common denominator for several organizers was the categorical hatred of the communist regime and an effort to help the endangered citizens get abroad.

Escapees over the border