The security apparatus used various tools for persecution of opponents of the communist regime. The most famous and the most obvious were criminal sanctions. It relied on the legal provisions of the regime at the time, mostly criminal law. In the conditions of the communist party, the law became a „front“ for executing a so-called class justice, as was in the interest and need of the regime. During the period of 1969 – 1989, 4 758 people were sentenced for crimes according to the 1st chapter of the special criminal law (crimes against the republic). However, this number does not include judgments of military courts and those sentenced for unauthorized exit from the republic (Section 109 of the Criminal Codex), which in total accounted for 105 993 people.

In 1976, the communist government decided to show an intimidating case to the public, when it orchestrated the imprisonment and campaigned for the discrediting of the band Plastic People of Universe. The band was convicted of disrupting the public order and its members were sentenced for an unconditional sentence in the range of 8 to 18 months. This event was one of the stimuli for the creation of Charter 77.

In 1970 Ivan Polanský began to keep written records and distributed the broadcast of the Vatican Radio, Slobodná Európa and Hlas Ameriky, published samizdats as well as a catholic newspaper. Due to his activities he was arrested in 1987 and sentenced for 4 years in prison for subversion of the republic in 1988.

Branislav Borovský, Alojz Gabaj and Tomáš Konc smuggled free and religious literature through the Polish mountains. In 1983, they were arrested and imprisoned. The lawsuit caused a public protest and reached international levels as even the American president Ronald Reagan stood up for them. They were sentenced unconditionally in Slovakia for 12 and 14 months respectively. They risked their own freedom to help others reach internal freedom and knowledge.

The Ministry of Culture gave an impulse to the Ministry of Interior to cancel the whole Union of Musicians, including the Jazz section. However, in 1986, the court sentenced Karel Srp et al. According to the secret report of the counter-intelligence, the Jazz section included 11 000 members.

Lawsuit with the Bratislava 5

On the 14 August 1989, the Secret State Police detained Ján Čarnogurský, Miroslav Kusý, Hana Ponická, Anton Selecký and Vladimír Maňák, following the publication of their letter, which informed of their intent to honour the memory of the victims of the 1968 occupation on the spot where the soldiers of the Warsaw Pact armies shot the protesting public. Their arrests, signalled the last time when the regime tried to intimidate the open opposition.

Lawsuits against the believers

Lawsuit with the „Bratislava Five“ 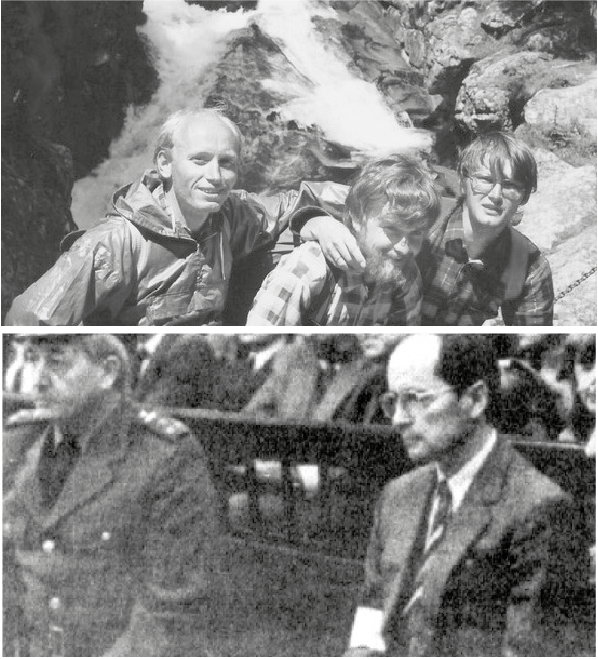 In 1980 Emília Kesegová, together with the priest Jozef Labuda organized spiritual exercises. This information was disclosed to the Secret State Police and both were dragged between courts for almost 2 years. The priest Labuda got sentenced for 6 months unconditionally and Kesegová got sentenced for 4 months unconditionally, with an added bonus of being fired from the city library in Bratislava, because she was ideologically unfit to work in the culture sphere.

Jesuit Oskar Formánek and labourer Mária Kožárová from Prešov were being investigated for over 4 years and found guilty in 1982. They were sentenced to 12 and 6 months conditionally respectively for unauthorized activities regarding religious life. Researcher Mária Kotrisová was, in 1985, sentenced for 10 months unconditionally, later changed to a conditional sentence, for translating a book about the assassination of the Pope. Salesian Štefan Javorský was sentenced by the county court in Rožnava in August 1976, for abuse of a religious office (Section 101 of the Criminal Codex) for 2 years unconditionally. Javorský served them fully in Ilava.

On the 6 August 1982, the Secret State Police carried out a house search of the flat of one 33 year old clerk Helena Gondová and found foreign literature and samizdats. They also found a receipt issued to František Novajovský, whom they have already visited and found alcohol, much paper and religious literature. They were both detained. The police interrogated approximately 150 witnesses from the Catholic circle. In the end, both Gondová and Novajovský were sentenced to 1 year unconditionally for obstruction of Church supervision and preparation for sedition. The amnesty issued in 1985, finally smoothed out the conviction.