The main intention of the creation of PTP was isolation of „politically unreliable“ men, which were to serve their mandatory military service.

The existence of the PTP in the beginning of the 1950s represented an inseparable part of the mechanism of political violence aimed against real, potential or fabricated opponents of the communist regime. Similar units existed also in Poland, Hungary or Romania. In essence it was one of the ways of out-of-court persecutions.

The total number of those who served in the road and auxiliary technical battalions between 1948 – 1954, which given their repressive focus held characteristics of a forced labour camps, is approximately 60 000 soldiers, 25 000 of which had an „E” classification, which meant politically unreliable. Over 5 000 of them were men from Slovakia.

The main intention of the creation of PTP was isolation of „politically unreliable“ men, which were to serve their mandatory military service. The soldiers who were „uncomfortable“ to the regime (even those in civil reserves) were transferred to the PTP for re-education by labour. In essence, the political authorities were using them as cheap labour in service of the army and national economy.

As a result, the army became directly involved in the fight against the political opposition. When fulfilling the main task of the army (safety, sovereignty and territorial integrity of a country), the PTP (with no firearms!) were to be the first line of defence and as a result be directly, physically, destroyed by the „enemy army“. The organization of such units specifically for politically and nationally unreliable soldiers, together with the on-going cleansing of the commanding corps was came as result of the efforts by the Communist Party of Czechoslovakia (KSČ) to control the army as an important power tool of the state.

The IV. (road) battalions of the sapper regiment were created as soon as August 1948. They constituted of „politically, militarily and nationally“ unreliable recruits. The main part of their training consisted of moral-political education and physical preparation. After its completion, the recruits’ main activity was repairs of roads and construction of military objects. One of such battalions was active in Slovakia, in the military training centre in Lešť.

In 1950 the road battalions were transformed into so-called Auxiliary Technical Battalions, which were divided into light, mainly working in construction, and heavy, the so-called mining. The first PTP in Slovakia (54th in general) was created in Komárno. In addition to organizational changes there came a change in the conscription classification system into which was, at the end of 1950, added classification E – politically unreliable. This classification could be used on any recruit, who was in any way did not suit the communist regime. Recruits with classification E were by design predetermined for service in PTP, with no regard for their health or indisposition. However, the main kind of conscripts were young monks, sons of farmers, sole traders etc.

The members of PTP underwent military training without any firearms and they were used exclusively for work related activities in favour of military and civil organizations. They were living in extremely inhospitable quarters and social conditions. During the whole existence of PTP, there was constant and intensive search for new ways and sources of replenishing them. In September 1951, the institute of the so-called extraordinary military training was approved, which meant that that all men between 17 and 60 years old could have been conscripted to PTP for indefinite time. The selection was in the hands of separate committees, while suggestions of conscripts were prepared by the corresponding sections of the security apparatus. Due to the influx of new workforce, two new PTP were created – 63rd (later transferred to Nováky and Košice) and 64th (later transferred to Varnsdorf in Czechia).

The second half of 1952 meant the end of mandatory two year service for a significant part of members of PTPs, therefore the communist leadership approved, in June 1952, prolonging the military service for classification E soldiers indefinitely. This meant that even after the mandatory service ended, the „E“ soldiers could have been summoned to extraordinary military training and stay in PTP for an indefinite time. It was also because of these measures that another PTP, 68th, could have been created in September 1952.

Beginning in spring 1953, Czechoslovakia was beginning to, politically, gradually change. These affected the army as well as the PTPs, which were to be gradually cancelled. 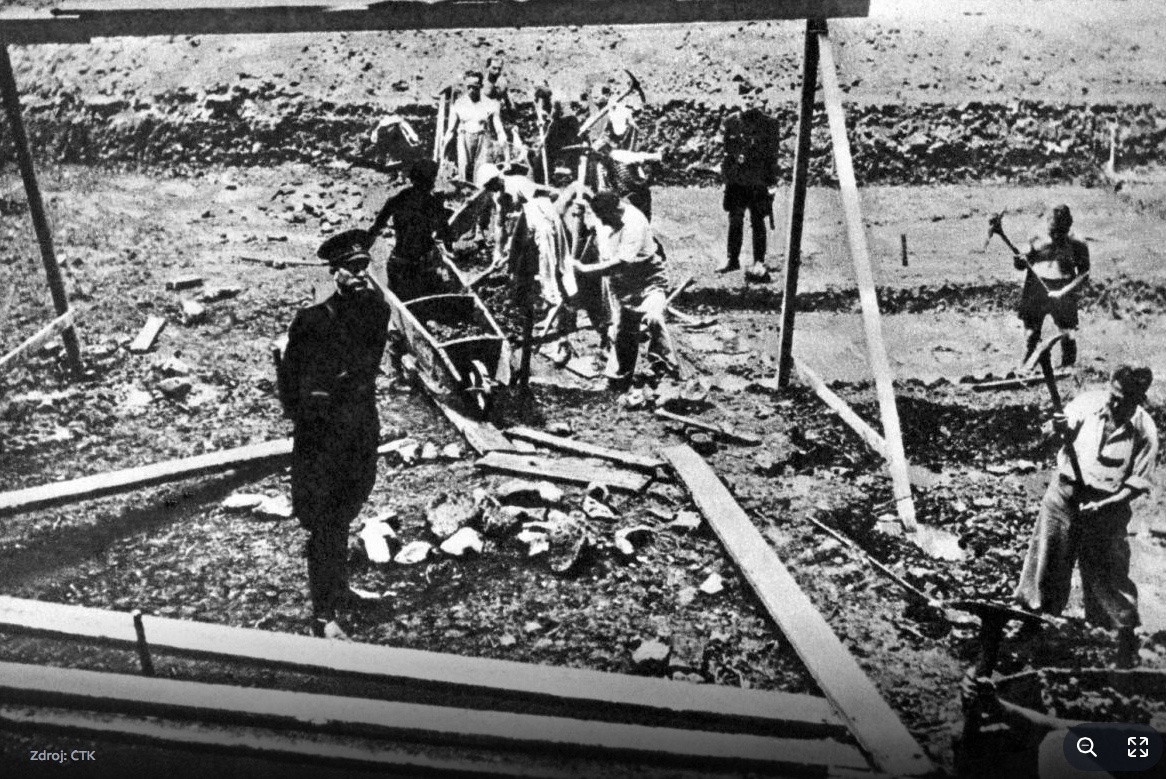 Beginning in spring 1953, Czechoslovakia was beginning to, politically, gradually change. These affected the army as well as the PTPs, which were to be gradually cancelled. All of the „E“soldiers underwent inspection in autumn 1953.

All of the Auxiliary Technical Battalions were either cancelled or transformed into Technical Battalions by the end of April 1954. The institute of extraordinary military training and the classification „E“ were also cancelled. The dismissal of „politically unreliable“ soldiers however, lasted until the end of 1954. They were fully rehabilitated after 1989 and nowadays, after the approval of Law No. 219/2006 are viewed as active participants of anti-communist rebellion.