„Action B“ was aimed at a so-called wholespread cleansing of cities from uncomfortable persons and their families.

The communist regime in Slovakia had, according to the Soviet Union model, some, shall we say, innovative approaches as part of the class struggle, i.e. when it came to bullying those, who were uncomfortable for the regime. „Action B“ was aimed at a so-called wholespread cleansing of cities from uncomfortable persons and their families. In the reasoning behind these actions, groups of people were referred to as former entrepreneurs, exponents of the former Slovak State, but also opponents of the new regime and unreliable and untrustworthy elements. The main part of such groups was made up of intelligentsia that formed the basis of Slovak elites. The goal of „Action B“ was to evict these people and their families first from large cities, later on from district capitals and small towns, which would serve to create a new, class-free society. The homes fell into the hands of the people subservient to the communist regime. There were other „Actions“ preceding „Action B“ aimed at eviction of „uncomfortable people“, especially Action T – 43, by which the Forced Labour Camps were filled with „undesirable people“. According to the ruling of a Special committee „relatives of the evicted families which are incapable of work will be, without discussion, incorporated into brickfields, limestone mines, quarries and lumber mills or to an unspecified construction of the Czechoslovak Construction Enterprises.

According to the information of the Central National Committee only in Bratislava there was approximately 21 000 requests for an allocation of an apartment, although it was absolutely unreal to comply with such demand. The regime therefore decided to put into practice an action, which would on one side allow to secure apartments for a growing number of pro-regime cadres (employees of the party apparatus, members of the army or State Security), and on the other would evict „uncomfortable people“. On the 24 May 1952, by way of Decree of the presidium of the Central Committee of the Communist Party of Slovakia (CPS), a Special committee, responsible for the discreet direction of the whole action. On their meeting on the 24 May 1952, the Special committee decided that the County Headquarters of the Secret State Police, with the help of the Commissions of Justice, would compile the list of people to be evicted. The Special committee, with co-operation from the Central Committee of the CPS, evaluated 860 proposals for eviction of families from Bratislava; 743 were approved and till the end of „Action B“ 678 were evicted. The evicted were ordered to stay practically throughout the whole Slovakia, mainly in so-called „terminal villages“ of northern and Central Slovakia.

15 July 1952 is considered the operative launch of „Action B“. In the first phase, 165 families were evicted, 40 of which were families of former Ministers, MPs and exponents of HSĽS (Hlinka´s Slovak National Party – basically the Slovak fascist party), 10 were families of DS exponents, 61 were families of the so-called „rich men“ and 54 were families of so-called „marauders“ and other enemies of the state. In the next 17 phases, or čiastky (an administrative and ideological newspeak which expressed the depersonalized attitude towards the class enemies) further 50 families on average per phase were evicted. In the final čiastka, people such as Professor Imrich Karvaš, former governor of the Slovak National Bank (who helped finance the Slovak National Uprising) was evicted with his whole family. The Secret State Police chose people based on their arbitrary and non-court decisions, according to criteria dictated by „class instinct“, which also ignored the new legal framework of criminal or civil law anchored in the Constitution of 1948.

The statutes of the laws together with the approved documents about the resolution of the apartment situation show that punishment of „enemies of the state“ or „unreliable elements“ by way of eviction was connected to another form of punishment – forced inclusion into assigned jobs. This meant not only the exclusion of the people from their profession, but it also solved the lack of work force in remote regions and in industries with high proportion of manual labour. At the start of September 1953, „Action B“ and Special committees were stopped by way of decision of the Central Committee of CPS. 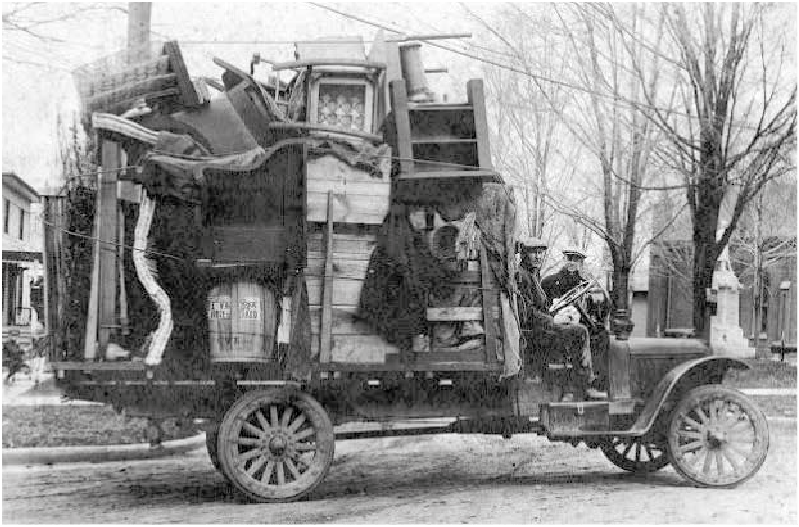 Following the end of „Action B“ and the Special committee, the agenda passed on to the newly formed Committee of Local Economy. However, the end of „Action B“ did not mean reparation of the injustices. Although the affected were trying to demand their rights, the effort was in vain. The Committee of Local Economy had no interested, nor were they given the task from the Central Committee of CPS to rehabilitate the victims. There was no reason to refer to obeying the law, since the leadership of the communist party, the political and state authorities were constantly breaking it themselves mainly by way of their secret structures – committees, decrees and regulation of their subordinate sections.

The citizens who were affected by the „Action B“ expected that the change in 1989 would mean, that the new state authorities would initiate the rehabilitation process on their own accord. However, even though several laws were passed concerning in-court and out-of-court rehabilitation and mitigation of consequences of some property injustices (No. 119/1990, No. 87/1991, No. 137/1991, No. 403/1990), none of them explicitly mentioned „Action B“. On the May meeting of the Slovak National Council, the agenda concerned extending the application of the Law No. 87/1991 to include out-of-court rehabilitation of another groups of people – the kidnapped into the Soviet Union and the forcibly evicted. The agenda of the evicted fell under the Slovak Helsinki Committee, however their appeal towards the legislators remained unanswered. Therefore the Slovak National Council approved Law No. 319/1991, that, as far as „Action B“ is concerned, did not meet the substance of the matter. In the end the Slovak National Council approved a law, by which Law No. 319/1991 was amended to include requirements for rehabilitation as proposed by the Slovak Helsinki Committee. The amendment conditioned reparations for forced labour by proving the improvable, since they required submitting evidence – decision of the administrative body. The Law No. 312/1992 and its amendment, Law No. 492/1992 opened a theoretical way towards rehabilitation, however in practice it meant a lengthy process of proving and appeals against decisions of administrative bodies such as the Department of out-of-court Rehabilitation of the Ministry of Interior and even more difficult proving in front of court, with the positive result in a very few cases. It was the return to the reality of a post-communist rule of law, which, apart from huge frustration and disappointment of the affected people, forces us to critically reflect on the legal system and application of law in a democratic country after the Velvet Revolution.