When talking about Normalization we talk about the period of the communist regime after the military suppression of the so-called Prague Spring in 1968.

When talking about Normalization we talk about the period of the communist regime after the military suppression of the so-called Prague Spring in 1968, i.e. the re-introduction of the „Brezhnev“ type of the communist regime in the Czechoslovak Socialist Republic (CSR). In April 1969 a leadership of the Communist Party of Czechoslovakia (CPC) headed by Gustáv Husák, which was completely loyal to Moscow, came to power. The regime was not as harsh as in the 1950s, yet it still persecuted its opponents mainly by restricting the opportunities of adequate social application. The citizens, which the regime again enclosed behind the Iron Curtain (i.e. did not allow them to travel freely), were made into a seemingly loyal body that did not voice their political opinions. The main tools of persecution were the political cleansings in the communist party and society. For this purpose, the communist regime established 70 217 inspection committees with a total of 235 270 members.

In December 1970, the plenum of the Central Committee of the Communist Party of Czechoslovakia approved a document which was long awaited by the Soviet Union – „Poučenie z krízového vývoja v strane a spoločnosti po XIII. zjazde KSČ“ (Lessons from the crisis development in the party and society after the XIII. Congress of the Communist Party of Czechoslovakia). The inspection committees were appointed by top brass, included only the members of the party apparatus and their decision had to be approved by a superior party administrative body. In 1970, 326 817 members were expelled or crossed out from the communist party, which accounted to 21,7% of members. In 1968 and 1969 a further 146 914 members left the CPC voluntarily, lowering the total number of CPC members by 473 731. In Slovakia, 53 206 members lost their membership card, which accounted to 17,5% of members. The main groups which were affected included the members of the intelligentsia, workers of the Slovak Academy of Sciences, universities, publishing companies, media and state offices. Active non-party members were not left alone. The employees of schools, companies or institutes were required to fill out various questionnaires and appear before local inspection committees in social organizations. Subsequently, a part of them was, for their opinions and attitude, relocated to lower managerial positions or fired outright. 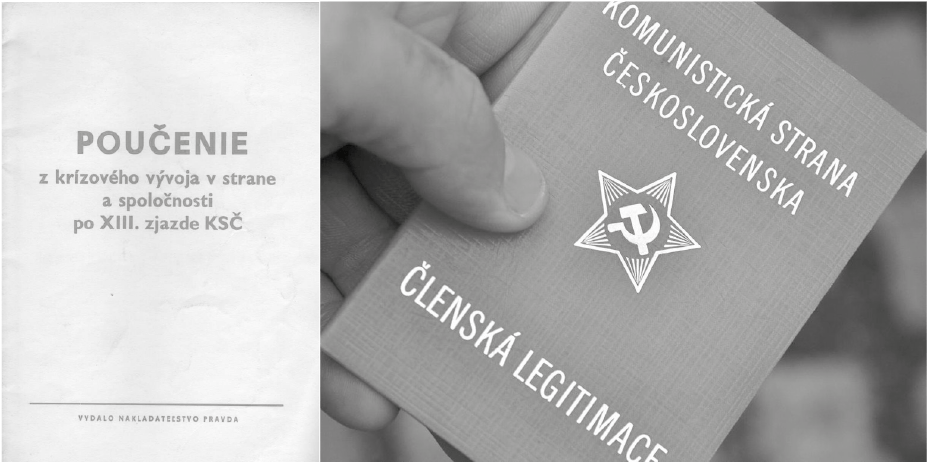 In the normalization years, there were various political trials which took place. Measures undertaken to enact fear were apparent as soon as the second half of 1969 and fully developed in 1970. 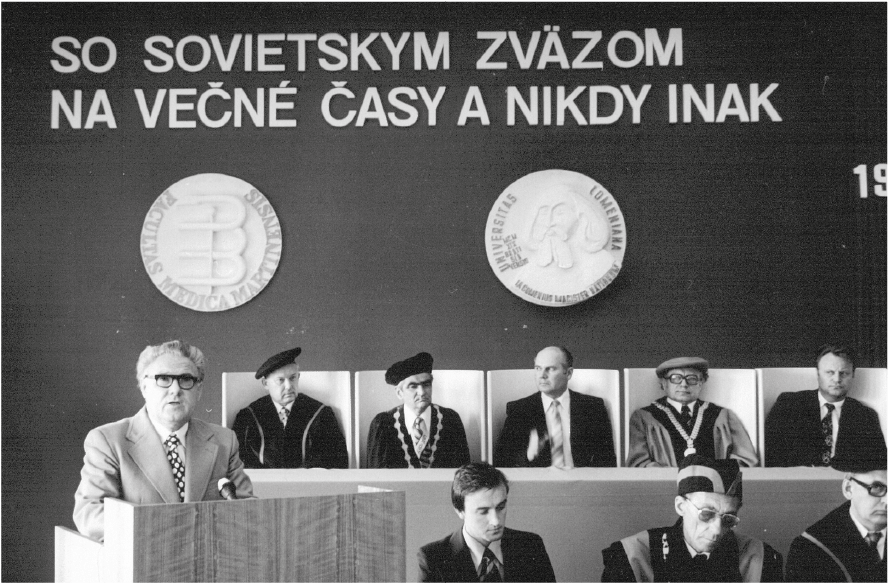 In the normalization years, there were various political trials which took place. Measures undertaken to enact fear were apparent as soon as the second half of 1969 and fully developed in 1970. The conditions in the Church after 1968 changed as follows: there were less students admitted to department of theology, male and religious orders were dissolved, female ones regulated, un-cooperative priests were absolved of state agreement, there was censorship on the already low number of religious publications, there were trials for engagement in Church activities, etc. In other words, there was fear. In this „normalized society“, the secret Church began to rise again. In Slovak society, the so-called phenomenon of fear and choice of a lesser evil were in effect, where the deterrent case study was to be the situation in Czech Republic as well as the fate of various members of Slovak intelligentsia, who refused to agree to such compromise.

The power monopoly, which served as the basis of the communist regime was absolute. It controlled all aspects of social life, could dictate their development and decide on them because it owned all the political-power tools, measures and institutions in economy and culture. The connection between the state administration and party structures that controlled it, became carefully intertwined. The state authorities could only enact the line and vision of the communist party, which in turn decided who could work for the authorities, thus controlling them. Persecution was one of the main sources of fear, which controlled the whole society. Every citizen, powerful or not, was, knowingly or unknowingly, exposed to fear. The officials and administrators of power counted on the effect of psychological fear and effectively used it as a stabilizing factor of the regime.

The Church was also not omitted in the normalization. The programme of the destruction of the Church, expressed by Klement Gottwald, continued but not in such a drastic form. The relationship of the state and the Church for the next 20 years was summarized by the director of the Secretariat for Church Matters Karel Hrůza as „the Church need to learn to fear again“. The state adhered to this summary very strictly. By being religious, citizens of a communist country automatically became second class. It was apparent in all aspects of social life, where believers had been forbidden access. The state again pushed the Church into churches, where it restricted its activities even further. The more active priests could not operate in larger cities, those who were the most active got their state agreement to carry out religious activities revoked. Male religious orders and most female ones could only grow unofficially in hiding.