The non-party inspections were, in contrast with the party ones, set within the hierarchy of the workplace, therefore, the people in the inspection committees were known by the people who were inspected.

The groups of workers, clerks and intelligentsia, that did not comply with the policies and ideology of the communist regime found themselves in opposition to the regime, which used various forms of persecution. The waves of persecution applied mainly to years 1948-1952, 1956-1962 and 1969-1975.

Every wave of persecutions was different in its goals, which were monitored by the communist regime. In 1948-1989, there were sanctions mainly for political and religious actions. There was a partial easing in 1963 and many people with opposition ideas resurfaced in 1968, when they actively took part in the reform process. They were also encouraged by the bill regarding out-of-court rehabilitation.

The occupation of Czechoslovakia on the 21 August 1968 by the armies of five countries of the Warsaw Pact, meant a major turnaround in the undertaking of the reform process. The fate of the institutions became part of normalization. The idea off mass inspections in the Communist Party, in state and economic apparatus and societal organizations took hold gradually after the appointment of new party leadership in April 1969.

In terms of non-party inspections, the main idea was a labour-political evaluation of non-party people and members of other political parties. It was aimed towards the state and administrative workers up to the position of Head of Shift. The ones who were afflicted were mainly the members of intelligentsia, workers in the Slovak Academy of Sciences, universities, publishing companies, media or state offices. The employees of school, factories, or institutions had to fill out various questionnaires and appear before local inspection committees. The most frequently asked questions concerned the attitude towards the entry of the Warsaw Pact armies to Czechoslovakia in 1968, whether the people were involved in 1968, what is their political and religious belief, questions about the class background of their parents, what is the relationship of the inspected towards the communist establishment, what is their view on the partnership with the Soviet Union, whether they are religious, whether they attend church etc.

Organizationally, the non-party inspections were, in contrast with the party ones, set within the hierarchy of the workplace, therefore, the people in the inspection committees were known by the people who were inspected. In terms of universities, in total 170 professors and lecturers left the teaching process, which accounted to 14% of total number in Slovakia. In total, 318 university teachers were fired, 128 of which went abroad. The teachers of primary and secondary schools were also very frequently sanctioned with firing due to political reasons – such as disapproval of the occupation of the CSR, signatures under various demands in 1968, taking part in various events and finally also for religious reasons. Political and social cleansing meant that when the inspections were finished almost 700 000 members and officials of political parties, power authorities and social organization were absolved of their position. The number of those who were, for political reasons, sanctioned existentially and socially , i.e. fired from work or reassigned to a less qualified job, could be estimated to 300 000 – 350 000. Only after the abolition of constitutional articles concerning the leading role of the Communist Party of Czechoslovakia and mainly about the monopoly of Marxist-Leninist role in education and upbringing could the teachers be free of split in thinking that was on their mind for 40 years.

Even during his university studies Michal Kubán was active in after-school religious activities, organized by Vladimír Jukl. During the second normalization inspection in 1975, he was asked whether he agrees with the entry of the Soviet armies into Czechoslovakia in 1968 and whether he attends church. He and Rudolf Fiby did not pass the inspection and the inspection committee recommended looking for a job elsewhere. Rudolf Fiby was fired on 1 December 1974. He appealed against the decision, however the court found the approach of the employer to be correct. After the announcement of the results of the inspections by the management of the Department of Pedagogy in Banská Bystrica, there was a feeling of fear for their future among the affected. Some were offered placed in the economy sector. The hopes of the employees of the Department of Pedagogy were mostly unfulfilled. They had to find jobs as labourers. The county headquarters of the Secret State Police in Banská Bystrica established a separate file called „EDUCATION“ on the 8 December 1972, in which it congregated all information about people who were „concerned with the propagation of capitalist way of life“.

After the occupation of Czechoslovakia in 1968, all editorial offices were prohibited from publishing works of Ondrej R. Halaga. He worked in the Humanities Department of the Slovak Academy of Sciences from 1974, however he was fired in 1981. In 1985, he was even raided by the Secret State Police in his own office. Before 1989, he worked and published abroad, mainly in Germany and France.

Ján Čarnogurský was the attorney for Perla Karvašová, a radio announced for the Slovak Radio and wife of a playwright Peter Karvaš after she was fired from the radio for not passing the normalization inspection. 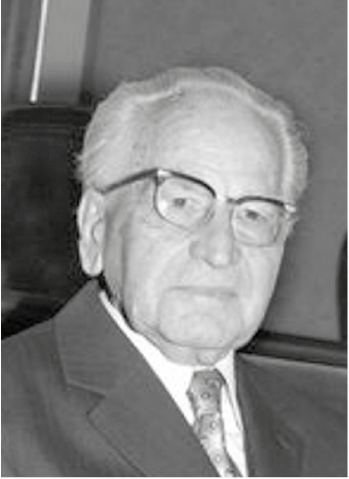 Tibor Ferko had to leave the position of program leader and playwright of art programmes in the Košice studio of the Slovak Television (1969) and since he did not find any suitable job, he was employed in the Bankov mine as helping hand in the magnezite ore sampling.

Mária Gamcová, was interrogated and was not granted a reference for any university due to her involvement in after-school activities with nuns.

Teacher Jana Mičianová registered her children for religious studies, which resulted in her immediate sacking. She then turned to the court, however it rejected her complaint. A teacher became a house-wife and the case became known as sacking due to religious discrimination. As an example of religious discrimination in schools, she mentions that during normalization „for unsubscribing a pupil from religious studies, the class teacher received an unofficial financial reward of 200 Czechoslovak Crowns“. The attorney of Jana Mičianová was Ján Čarnogurský.