Political and politically motivated trials were, in the beginning of the communist regime, the highest form of persecution, with an according level of strictness. The victims were tried for acts of political and anti-state nature. Politically motivated trials included also acts of other, mainly economical nature; however, these trials were artificially constructed. They served as political pressure or an act of vengeance.

Political and politically motivated trials were, in the beginning of the communist regime, the highest form of persecution, with an according level of strictness. The victims were trialled for acts of political and anti-state nature. Politically motivated trials included also acts of other, mainly economical nature; however, these trials were artificially constructed. They served as political pressure or an act of vengeance.

According to their historical context, for trials to be deemed political, they had to be adjudged in court or outside-the-court by the communist regime in Czechoslovakia after 1948. They concern acts which, in contradiction with democratic principle, human rights and freedoms, were by law or decree designated as criminal. Furthermore, these adjudgments were manipulated by the political power. In light of the newly-accepted laws No 231/1948 regarding the protection of people´s democratic republic (valid from October 1948) and No 86 (valid from august 1950), the responsibly for the political trials fell directly to the leading authorities of the communist party, which were active in the creation of the trials and determined the severity of the sentence. The executive of these responsibilities was the StB. The „creation“ of a trial became the main job description of StB; with it also came brutal physical and psychological pressure. The key role was in the hands of the state prosecutor´s office and state courts. In practice, the judicial authorities only passed judgments already approved politically.

In Slovakia, the political trials began shortly after the February Revolution. 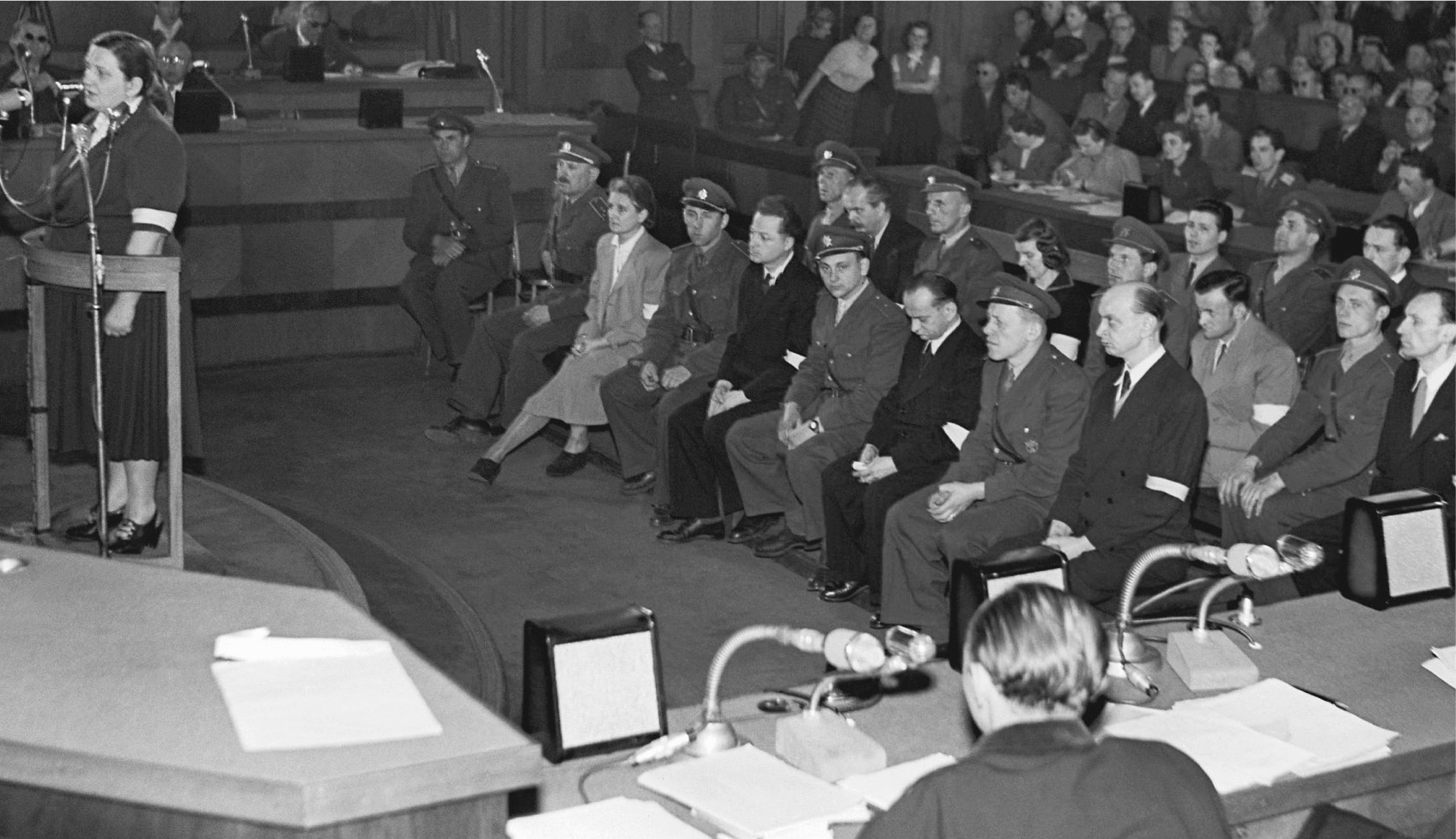 Trials of political nature were the most important characteristic of the communist regime and were present from its inception through to its fall. In total, the communist regime produced thousands of political trials with hundreds of thousands of victims. All of the trials were unlawful as the process and most often also their decision did not lay solely in the hands of the lawfully designated judicial authorities. The persecutions were present throughout all the social classes, professions and interest groups.

The largest group of victims consisted of „class enemies“, i.e. mainly „former people“. This group was designated very loosely and purposefully. It included former owners of larger properties, members of free occupations, senior state officials active in previous regimes (before 1945, 1948) and activists in political parties which were prohibited after WWII or liquidated after the February 1948 coup.

A very large group of people trialled in political trials originated from the Church, mainly the catholic denomination. Political trials had a heavy impact on the middle class in villages – it was labelled as „objector to the higher forms of economy”, next was the so called bourgeoisie intelligentsia, resistance fighters from the WWII and many more classes and groups. Political trials with members and officials of the communist party are a different story.

The deciding role in the „creation“ of the political trials was in the hands of the StB and its soviet councillors. Political processes in Slovakia started shortly after the February 1948 coup, although they were prepared even before it happened. Their roots originated as early as 1946. In the May 1946 election the Democratic Party (DS) won in Slovakia and so the communists, who at that time were in charge of the Department of the Interior accused the members of the DS of the so-called anti-state conspiracy connected to the post-war people emigration „discovered“ in autumn 1947. There were more of these fabrications – the most significant were the accusations against the vice-prime minister of the Czechoslovak government Ján Ursíny, and members of parliament from the DS Ján Kempný and Miloš Bugár. The trials with the accused DS officials continued even after 1948 – Ján Ursíny was sentenced in a trial of Otto Obuch and company, the trial with Miloš Bugár and company meant a guilty sentence for both general secretaries of the DS. The trial of member of an anti-communist organization Biela légia Ján Rešetko and company meant a guilty verdict for 39 others; in the trial of Ernest Stračanský and company another 17.

The state led the trials also against officials of political parties – Slovak Renewal Party (Ján Ševčík) and Slovak Freedom Party (Vincent Pokorný and company). J. Bečka, E. Vidra, J. Šindler and others became victims in the trials against the former Social Democrats. Finally, the target of the repression moved to Slovak communists Gustáv Husák and company (1954), which appeared before court as part of the „Slovak bourgeoisie nationalists“.

The next series of trials concerned the officials of the Church. The climax of the attacks against the Catholic Church was the trial with Slovak bishops Ján Vojtaššák, Michal Buzalka and Pavol Peter Gojdič (1951). In the 50s the persecution pressure was geared towards Church activities – in 1960 the „bishop in hiding” Jan Chryzostom Korec and subsequently Peter Dubovský were trialed and sentenced. After the 1968 august occupation and the changes in the leadership of the communist party came hard normalization. In addition to the presence of the occupation soviet army it caused many of the Czechoslovak citizens to decide to emigrate. The Criminal law No 140/1961 § 109 (illegal exit from the republic) referred precisely to this and almost 25 000 people from Slovakia received sentences for leaving the republic.

The last political trial during the existence of the communist regime in Slovakia concerned to so-called Bratislava Five (J. Čarnogurský, M. Kusý, Hana Ponická, A. Selecký a V. Maňák). The fall of the communist regime in Czechoslovakia in November 1989 meant that the phenomenon of the political trials in the shape which was present after February 1948 was definitively in the past.